Snowbirders have been making the annual migration to Arizona to stave off the throws of winter for decades, probably since the first RV was built out of dinosaur bones and Flintstone feet. Years have come and gone where Arizona was the only place in the country--save for the southernmost tip of Florida--where one could be guaranteed a decent climate and a complete lack of snow.

That's not to say that all of Arizona is a get-out of snow free card. Places like Flagstaff and the Grand Canyon have seen their fair share of the white stuff, given their elevation and latitude, but for the most part, the Copper State's southern half promises free heating via the Solar System's largest ball of fire, our dear Sun.

Whether you're looking to hike 110° Summer days in the Grand Canyon or just hoping for 70° afternoons come January, there's a whole patch of desert with your name on it. The best part? Much of it is absolutely free!

Top Places to RV in Arizona

Let's cut right to the chase. Campendium users are drawn to Arizona RV parks and resorts like a pension check to Phoenix, and here are their top picks when it comes to finding a place to park your RV.

Some of these, like Dome Rock Mountain, are free camping in the desert, aka boondocking. Those who travel the state's highways are not of any one type of individual, and similarly, their favorite campgrounds don't fit into any one mold, either. You'll find state parks--with electric sites and nice bathrooms--like Picacho Peak on the list, RV parks and resorts of all varieties, and more.

Serving as Saguaro National Park's de facto campground, Gilbert Ray, though it's not technically in the park, has the feel of a national park campground, with plenty of cactus forest to keep sites private from one another and within a short drive of the park's western side.

Another campers choice campground is in a state park on the other side of Tucson, by the name of Catalina State Park, which offers a natural place to camp but within easy driving distance to all of the amenities the city has to offer.

While Quartzsite is arguably the most famous spot to find yourself jacks-down, awning-out for the season, it's far from the only experience available.

Fabulous Places to RV in Arizona During the Winter

While not amongst the warmest of Arizona's Winter destinations, Bisbee, AZ is certainly one of the most interesting and eclectic. A former mining town gone hippy haven in the 70s, Bisbee today is like stepping into the Old West...if they sold fancy jewelry and catered to foodies in the 1800s. Winding streets, houses hanging from the edges of the mountains and a sincere sense of community that actually works quite hard to keep the town's unique appeal free of chain stores and the ever-spreading homogenization of our nation at bay. Queen Mine RV Park will put you within easy walking distance to town, while a host of BLM land offers a more natural experience within driving distance.

And don't forget to check out the hokey "town" of Tombstone a few miles north, where they take the idea of preserving the Wild West to a very literal level.

If you're less of the townie type and prefer to get lost in some mountain forest, have a look at nearby Coronado National Forest, where campgrounds like Sunny Flat and Bonita Canyon (part of Chiricahua National Monument) offer that rustic flavor even Paul Bunyan could appreciate. Places like Forest Road 687 offer some of the best free camping in the state.

While getting to know your neighbors in a small town is nice, sometimes you need a little big box action, some big city civilization to cure those empty desert blues. Tucson promises everything from Starbucks to Sam's Club, with a little less of the traffic and sprawl that the megalopolis of Phoenix and its surrounding cities entail.

You can even hold onto a little of that natural feeling by scoring a spot in the amazing cacti forest of Saguaro National Park, namely in the fairy tale sunset wonderland known as Gilbert Ray Campground. While not technically in the park itself, this county-owned campground puts you minutes away from both Saguaro West and all that Tucson has to offer.

Catalina State Park doesn't boast the same surreal flora as Gilbert Ray, but it's home to great horned owls and easy biking distance (if you can brave the initial highway crossing) to a plethora of shops and restaurants all the same. Or if you just want somewhere the kids can jump into a pool and the chances of an ice cream social are high, give the Tucson-Lazydays KOA a knock.

If you find that you're the type of person who regularly considers buying a t-shirt that reads, "I Stay Off the Beaten Path," well you should go ahead and buy it already. While you're at it, why not have it sent to remote Ajo, Arizona and the Organ Pipe National Monument, where you can get lost in various BLM spots like Darby Well Road, stay directly in the National Monument via Twin Peaks Campground, or get your laundry, cable and WiFi fix at the privately-owned Ajo Heights RV Park.

Just maybe you'll love the area so much, you'll want to stay for a month. Coyote Howls Campground East offers monthlong stays for only $130 (dry camping), but you'll still have access to amenities like water, a dump station, the campground's store and a mailing address.

That's not to say this migration haven isn't something to see. Here are three reasons people love to flock to the Grand Canyon State's largest community of RVers.

The weather, you know, because RVers hate sweaters. Quartzsite's average wintertime highs range from 64° in December to 78° in March.

RV repair services, because where the big rigs live, so will the business of fixing them thrive. If you've been thinking of finally switching out that bungee cord holding your front door closed with a real lock, or have someone look into that strange smell in your bathroom, this is the place to do it. Some of them will even come to your site!

Cell reception is generally strong, even out in the middle of the desert.

Thanks to a multitude of elevations, differences in how communities have grown over the years, and variations in ecosystems (it's not all cacti and rocks), Arizona's 113,990 square miles offer plenty of year-round chances to break out the old highlighter and get to explore new places.

Flagstaff immediately comes to mind, where you can sip coffee with hipsters before sunrise and wonder exactly how they got your evening's sushi all the way out to the desert today when it's time to wind down. It's also a great place to stock up whether you intend to find your toes clinging to the side of the Grand Canyon, or are downright curious as to what a petrified forest actually looks like.

Just south of Flagstaff is another trio of towns that serve up a variety of experiences, from the downward facing dog silhouettes on the big red cliffs of Sedona to the starry black skies of Cottonwood and all the way up the winding road to small town Jerome's thrift stores.

Another few miles down Arizona's highway and you'll find yourself in Prescott and the similarly named national forest which surrounds the town. Prescott proper has a draw to many the traveling type, perhaps for its charming old-time vibe, some 800 historic buildings, including a multitude of restaurants and dive bars, and easy access to outdoorsy activities that many an RVer gets into the life to enjoy.

While places like Quartzsite and Lake Havasu get much of the fame when it comes to RV destinations, Arizona has enough adventure for months, if not years, of exploration.

Finally a park you can get a reservation without booking months in advance! Good off reading and hikes nearby. Nice facilities, dump and fill station on sight. Just would of liked non-potable water to have regular house to do a black tank flush. 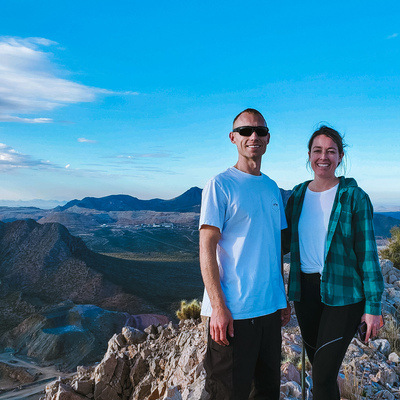 This place opened for business in Jan 2023. Someone is investing a lot to build a luxury RV resort in the desert. The restrooms/showers are first rate—as you’d expect after being used for only a few weeks. Club house/pool/gym facility is spotless and luxurious. Staff at check in was super friendly. We stayed on a very windy night and the desert...
Read More

I don’t get the bad reviews. Maybe it was trashed in the past, but someone has been cleaning up. I saw one abandoned camper at the beginning of the camping area with no one camped around it, but the canyon goes back for a long ways and there are plenty of spots. There was also one tire by the road and I thought someone had set it there for...
Read More

"Nice stay over for a night"

Ended up here on our way to New Mexico. Friendly and easy to access. There are train tracks relatively close that you can hear but only once during the day did they blow their horn. Didn't use the facilities but their common area has board games, coffee, and your usual small shop. Site was level gravel.

"Very pretty and quiet spot only 45 mins from Phoenix"

Really nice place for a stay in winter time. Road is pretty rocky but our sedan was able to make it in without too much difficulty and the sites start not far from the road. We did get flies but they only were about a dozen - I was expecting just a swarm to live in our bus but I would label it annoying but not bad. Sunsets and scenery was so...
Read More 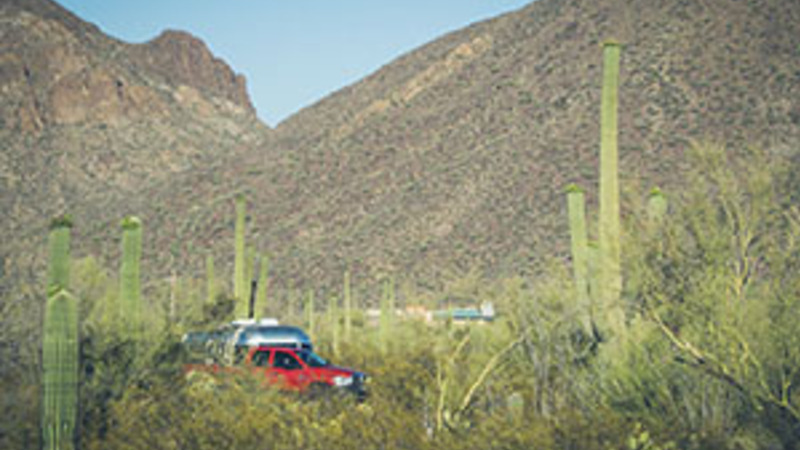 28 Best Places to Camp in Arizona

These Arizona campgrounds received the most 5-star reviews in 2020.