With over three and a half million visitors per year and only around 270 campsites in the park itself, odds aren't exactly in your favor if your greatest desire is to camp in the shade of these canyon walls and watch daily as the sun paints its ever-changing masterpiece.

No need to gamble on a site, though, we've got your back with all things camping in Zion National Park, from the glamorous to the traditional, sites sufficiently sized to host your A-Class or quiet and cozy enough for even the most ardent tenters.

The park itself is home to three official campgrounds, all of which accept RVs of some length. South Campground and Watchman Campground are in the canyon proper, can accommodate large RVs, and have around 300 sites combined. They're near enough to one another that the views and experience are similar enough, from both you can take advantage of the cycling trail and shuttle service within the park itself.

While not technically in the park, Zion Canyon Campground & RV Resort is only a few minutes from the park's southern entrance, and is close enough to the National Park campgrounds listed above that you get practically the same view...but with full hookups, much smaller spaces, and the need to drive through the park's entrance every day (which can mean a long line of fellow explorers ahead of you). If you take the shuttle, don't mind the convenience of being in the rather quaint little town of Springdale, Utah, and are willing to shell out the extra fees (this private campground is two to four times the price of the park service campgrounds), you can still catch the shuttle or ride your bike into the park.

On the northern end, about an hour's drive away from the main canyon in Zion National Park, Lava Point is an official campground right in the park proper, can accommodate RVs up to 19', and promises more seclusion and a slower pace...in exchange from being significantly farther away from Zion's main draws.

Seven places to camp on Bureau of Land Management property exist within less than 20 minutes of one of the park's entrances. If you brought your 4WD, you can leave the crowds behind in favor of true solitude via spots like Smithsonian Butte, and gorgeous--the kind of jaw-dropping beauty that put the "awwwwwww" in awe-- places like Sheep Bridge Road and Virgin Dam.

As a general rule of thumb, it's next to impossible to not find something lovely to look at in every direction of this region, if you keep at least one eye open.

If full hookups and creature comforts trump the more rough and tumble destinations near Zion, you're in luck. Only a mile from the park's quieter east entrance, Zion RV & Campground, or on the other side of the park, Zion River Resort promises epic WiFi a little closer to civilization.

The road less traveled often proves the most remarkable, and if you're the type to blaze a trail rather than rely on the opinions of others, these campgrounds tend to see less traffic, whether you want to brave the 4WD access to Gooseberry Mesa or knock back a round of mini-golf at the full hookups park of Zion Ponderosa Ranch Resort.

Looking for even more camping near Zion National Park?

We cover 16 campgrounds within 45 minutes of the park via our Free Camping near Zion National Park article here.

We arrived on 05/05/22 at 4PM and found it to be halfway full. We picked the second spot you see coming in since we didn’t trust driving on the sandy part of the road. This is a nice little place the views are gorgeous and the creek is relaxing (we could hear it from where we were parked). I highly recommend anyone with a big rig to scout out...
Read More 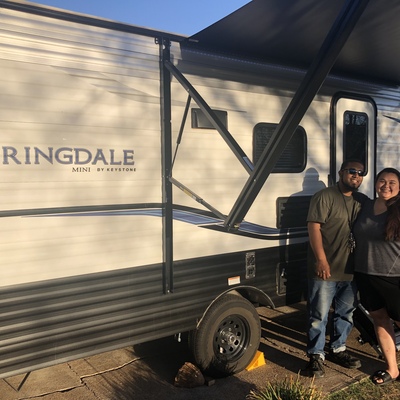 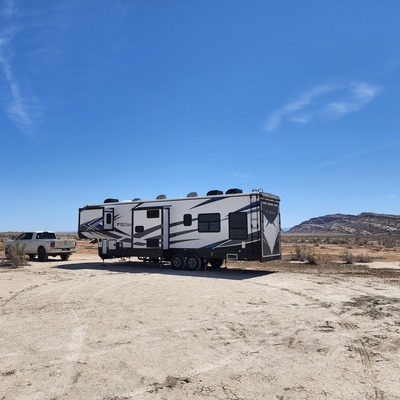 Easily within walking distance (3 Shuttle Stops) to Zion National Park! We were here for a week in late April to early May…PERFECT weather! While the park is cramped, the sites are sufficient in size to be cozy and comfortable, but lets face it, you are right beside the Virgin River, the Watchman mountain, and only a 1/2 mile from the Zion...
Read More

We had a nice stay here and used as a base for Zion and Bryce. A bit pricey but that is the price for being 3 minutes from Zion Park bike/pedestrian entrance and easy access to Bryce. Some spaces are very close together (like ours). So close that if your neighbor decides to lite a camp fire it most likely would ruin your night and possibly...
Read More

Access from the east is on Rt 9 where you have to get a $15 tunnel pass (RVs only). Research the restrictions before you come that way. No check-in, the campground ranger station was un-manned. I didnt see any low branches as stated in the Q&A above, I am 12'9" and had no issues in B loop. I saw many freshly trimmed trees so the problem...
Read More 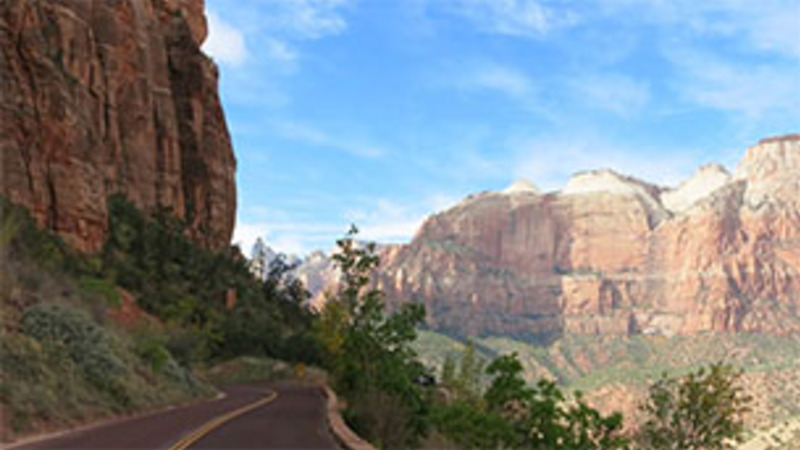 Within 45 minutes of the park, there are several places to camp for free.