To say that the Grand Canyon is the most famous natural landmark in the entire universe, known or otherwise, may indeed be a stretch; but until Martians land with live photos of their Grander Canyon, the Eighth Wonder of the World reigns supreme.

Every year over 5 million people (more than the entire population of Los Angeles) flock to this exceptionally stunning hole in the ground to fill up their smartphones with photos and burn cramps into their calves. Elk clatter drum beats down asphalt paths and the few remaining California condors left in the world spread their 10' wings to cast shadows over the Colorado River thousands of feet below.

Of course, all of those travelers don't come at once, and many will trade credit cards for room keys or just glance into the canyon on a day trip. But for those of us who find traveling to distant lands most enjoyable when we bring our own beds, the options for pitching a tent or dropping a hitch are resplendent.

So, where to camp? See map of all Grand Canyon camping.

The edge of Grand Canyon National Park closest to Phoenix and the busy Interstate 40 as it runs through Arizona is the most popular for tourists. This means more conveniences, including those in the park itself (think bars, restaurants and full hookup RV camping). It's also the home of the two most popular campgrounds in the park.

What is the best campground in the Grand Canyon?

Trailer Village is the main RV park near Grand Canyon. It's right in the park proper, the layout resembles the typical sardine can setup found in private parks, you get full hookups, and it's as close to the rim as you can get on the southern end of Grand Canyon National Park.

You'll pay the premium that comes with this type of convenience--both in actual dollars and the dedication you have to have to get a spot at what may be one of the most popular campgrounds in the entire country.

Didn't make that reservation in time? Just want a more spread out, tree-covered experience? Nearby Mather Campground may be your characteristically woodsy ticket to staying in the park, though you'll sacrifice hookups for it.

Note that very few people have ever gone to the Grand Canyon in search of excellent cell phone reception.

Just under twenty minutes outside of the park, Forest Road 302 is likely the closest spot to camp that delivers natural pine smell and comes free of charge. It boasts a smidgeon of cell service should that be a requirement for your particular journey.

National Forest Camping on the South Rim of the Grand Canyon

The Kaibab National Forest grows like a big hug around the national park itself and offers a plethora of camping--typically free--for everyone from the fifthest of wheels to the cocooniest tent campers. While Forest Road 302, mentioned above, is the closest to the park's entrance, three more places to camp hang out just down Arizona Route 64.

Ten X, one of the few national forest sites in Kaibab that isn't just named for a forest road, comes with a small fee and promises a vault toilet in exchange, but otherwise expect unadulterated boondocking at the low, low cost of absolutely nothing but the breath it takes you to enjoy the views.

For the worker types out there who rely on an Internet connection to keep their travels going, you may have to hunt for even mediocre reception without a booster.

If the south rim is the shining jewel of the national park, it's only because it naturally was easier to get to from existing points of civilization. For the true adventurer, the north rim is the real playground.

You'll have more elbow room, the same option to access the canyon floor, and that sense of satisfaction that can only come from camping far away from any chance of an electrical outlet.

You don't have to get lost in some primitive nowhere, though. The North Rim Campground offers basic dry camping with a side of services like laundry, flush toilets and showers.

While you can enjoy full hookup camping right in the park via Trailer Village, privately owned RV parks exist outside of Grand Canyon National Park as well.

Grand Canyon Camper Village has everything from a general store to a dump station, plus they can refill your propane tanks and help you get online with their free WiFi.

While the Grand Canyon rarely disappoints those visitors who take the time to explore the flora, fauna and daunting falls that comprise this All American locale, choosing the type of camping that works for you can make all the difference between another good memory and something that will remain painted on the insides of your eyeballs for a lifetime to come.

"Great views! 5 Inches Of Snow On The Ground"

Arrived yesterday and there was 5 inches of snow on the ground, we got another 5 inches last night. We’ll be staying put 2 more nights. We detached our F-150 from our Camper Trailer and went into town. Roads were okay, but you definitely need 4WD and a high clearance vehicle. There’s a slight hill on the main road going from S to N so don’t risk...
Read More

"Buy all supplies in Flagstaff"

We arrived after 6 pm so had to check in at the lodge. The line was very long and it took about 20 minutes. The employees there couldn’t be bothered to answer any of our questions since we weren’t staying at the lodge. Treated us like the red headed step child. Had a spot close to the bathrooms and they were filthy so we just used our own in the...
Read More

We arrived late but check in was easy at the Yavapai Lodge. Then we discovered our assigned spot was already taken, but staff quickly assigned us another spot close to the bathrooms. The bathrooms are warm, but not really very clean. For this rate, they really should give the toilets a few minutes of attention and fix up the place a...
Read More

We loved this campground! Close proximity to shuttle, paved trails to rim, and grocery store (yet felt secluded as well). The elk visits each morning and evening were pretty spectacular. Our site was at the end of an aisle which gave us a sense of privacy. It overlooked the woods too. The nearby restroom was closed but, with full hookups not...
Read More

We read the bad reviews about this place but didn’t have much of a choice as far as where to stay. If we had to do it again, we would have just boondocked. The only redeeming feature was the campground’s proximity to the park entrance. Because of the freezing temperatures overnight, the water to each campsite was turned off and only one bath...
Read More 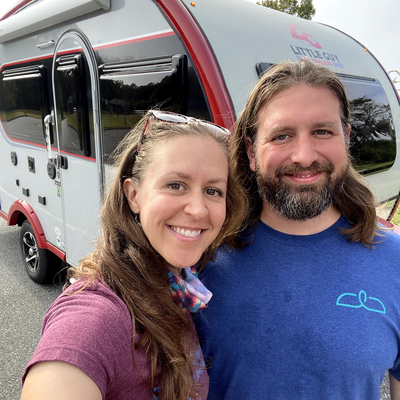 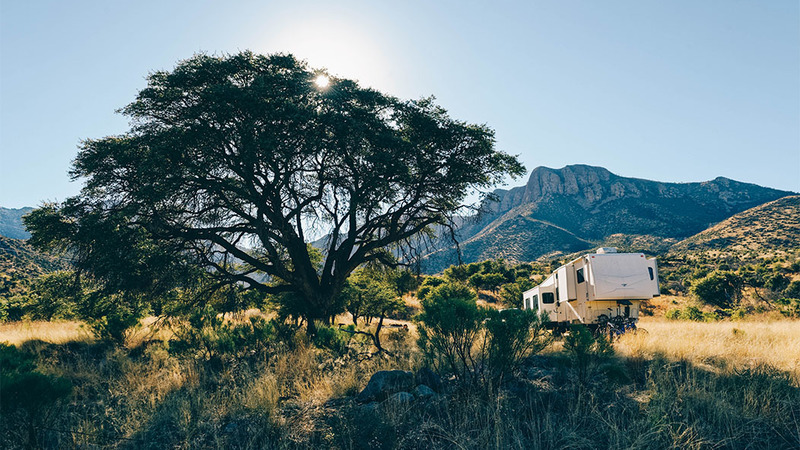 All the Best RV Camping in Arizona National Forests

Options for RVing, free camping, things to do and more!