69 Reviews
View All State Parks
Recent State Park
Guides & Articles
Heads Up! There Are New Camping Fees at Florida State Parks
Dispelling the Confusion About Free Camping in Anza-Borrego State Park
The 2021 Guide to State Park Camping Reservations in All 50 States
The Best State Park Campgrounds in Each State
Visit The Blog
RV Rentals
Blog
Campendium Blog
Categories
Camping Guides
Campers Choice
Favorite Gear
RVer Interviews
5 Star Camping
Community Shop
Recent
Articles
Heads Up! There Are New Camping Fees at Florida State Parks
You may have to budget a bit extra for your next camping trip to a Florida state park due to a ne...
Read Article
Abuse to Colorado National Forests Results in Several Camping Closures
“We believe in providing outdoor recreational opportunities and camping is absolutely a legitimat...
Read Article
The Best Mid-Atlantic Beach Camping to Check Out This Summer
In the bustle of the mid-Atlantic United States’ cities, resorts, and populous towns, it can be h...
Read Article
What Park Rangers Want You To Know About Summer 2021 Camping
Over the past decade, national parks, forests, and other public lands saw a surge in visitors for...
Read Article
View All Articles
Favorite Gear
Guides & Articles
7 Best Types of Water Filters for RVs
William & Carie’s Favorite Camping Gear
The 8 Best Kitchen Gadgets for Gourmet Cooking in Your RV
The Adventure Travelers Favorite Camping Gear
Log In
National Forests 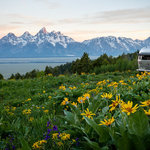 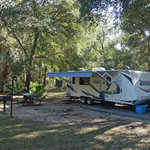 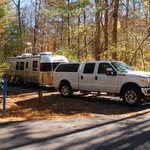 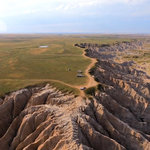 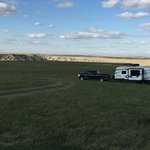 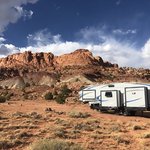 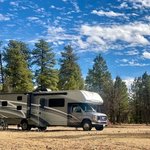 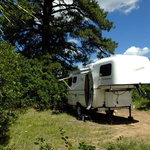 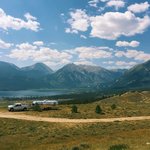 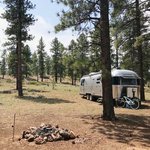 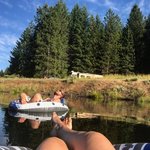 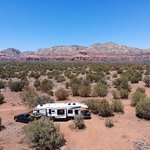 The Forest Service's mission is to “sustain the health, diversity, and productivity of the Nation's forests and grasslands to meet the needs of present and future generations.” In line with that mission, the Forest Service manages forests and grasslands for multiple uses, including recreation and camping. The result? There are a whopping 5,083 developed and dispersed camping areas on the National Forest and National Grasslands in the United States ready for your exploration.

The types of camping offered in National Forest and National Grassland generally fall into two categories: developed campgrounds and dispersed camping. Let's take a quick look at both.

What are developed campgrounds?

Developed campgrounds are camping areas built by the Forest Service to provide minimal services and consolidate impact. National Forest and National Grassland campgrounds are generally designed to be accessible to most types of vehicles. Many developed campgrounds can accommodate RV's, campervans, tents, and hammock campers (though if you have a big rig, be sure to check the reviews on Campendium and call the managing Forest Service district, to make sure you can both access and fit in a campsite).

You can expect to find limited amenities in a developed campground. Your site will likely have a fire ring, picnic table, and a parking apron made of dirt, gravel, or pavement. Vault toilets are the norm for National Forest campgrounds, and some areas will have a place to fill fresh water tanks and a dump station for waste.

The Forest Service, or a contractor who manages the site, will charge a fee for camping. Depending on where you are in the United States, that fee can range from $5 per night to $35 per night, with the average being $10-$20 per night. Those with an America the Beautiful Senior Pass often get 50% off their camping fees.

What is dispersed camping?

Dispersed camping is camping anywhere outside of a developed campground. Often called “boondocking” or “camping off the grid,” dispersed camping requires campers to be self-sufficient with their water, waste, and electricity.

Unless otherwise posted, National Forests and National Grasslands are open for dispersed camping. Campers who wish to take advantage of dispersed camping need to have a working knowledge of Leave No Trace principles and follow any local regulations, including burn bans. RVs, travel trailers, and other types of wheeled campers should park in areas that are already established to minimize impacts.

Dispersed camping areas have stay limits which range from 3 days to 30 days, and most areas do not charge a fee.

Dispersed camping, while lacking in amenities, is a popular type of camping for both vacationers and full-time travelers. In addition to being free, it provides a quiet and solitude that is hard to find in more populated camping areas and is often close to great hiking, biking, and other recreational opportunities.

Where can I find National Forest camping?

National Forests and National Grasslands exist throughout the United States but are concentrated heavily in the west. In fact, 90% of the land managed by the Forest Service is west of the Mississippi River.

The states with the most acres of National Forest and National Grassland are Alaska, California, and Idaho, with large swaths also present in Oregon, Colorado, Arizona, and other western states.

Not sure where to start in finding the best National Forest and National Grassland camping in the United States? Check out our Top 15 States for RV Camping in National Forests, and our Campers Choice Awards — Best Camping 2017 for inspiration.

Campendium is an Amazon associate site and earns from qualifying purchases.