Known for big open fields and extreme weather, many are surprised to learn that Oklahoma is also home to mountains, forests, and lakes with plenty of campsites as well.

The Sooner State, named for the dramatic way the area was settled, also has a growing major metro area in Oklahoma City and plenty of other destinations throughout the state.

Here's a look at some of the best camping in Oklahoma.

See a map of all camping in Oklahoma.

From lakes and caves to an actual field of salt, Oklahoma State Parks offers many different experiences for anyone looking to visit.

The area that is now Robbers Cave State Park was made famous by outlaws like Jesse James, who used the cave as a hideout. Today, visitors can check out the cave and stay at the park's campground.

Finally, you can tent camp or stay in your RV at Great Salt Plains after visiting the open fields of salt leftover from a prehistoric ocean.

Many of these parks also offer unique extended stays in a cabin.

Many may not be aware of it, but Oklahoma does have mountain ranges. In the foothills of the Arbuckle Mountains located in the southern part of the state, visitors will find Chickasaw National Recreation Area.

The park is known for numerous swimming holes, including a large lake, and is great for camping trips. Campsites can be found within the park at Buckhorn Campground and The Point Campground.

The park is also known for its bison herd and a popular nature center.

Whether you're visiting the state or just passing through, there are quite a few Oklahoma RV Parks.

Visitors to Oklahoma City can stay at campgrounds like Twin Fountains RV Park or Road Runner RV Park. There are several new restaurants in the area, including southern cooking and barbecue.

Some casinos in the Sooner State have RV parks, including the Lucky Star Casino.

Finally, if you prefer a more rural and wooded option, the Settle Inn RV Park is not far from Tulsa.

Free Camping in Oklahoma is fairly abundant and can be found in major metro areas and in forests where there are good camping sites for tent camping.

In the southern part of the state, Atoka Lake Dispersed Camping Area has waterfront campsites and great views.

Casinos like Hard Rock Hotel and Casino in Tulsa offer free overnight parking for RVs and often even have wifi available.

There are three National Forests in Oklahoma on opposite ends of the state.

In the east, visitors to Ouachita National Forest will find rolling hills and rock walls with flowing rivers and creeks. This forest is mostly in Arkansas and cuts through the two state's borders. Campers on the Oklahoma side of the forest enjoy the views found at Winding Stair Campground and Billy Creek Campground.

We used our National Parks Senior Lifetime pass and paid half price for electric/water site, because this is a Corp of Engineers park. We had reserved a much larger site, but it had quite an abrupt hill in the drive and we seriously dragged bottom on our kayak/bike rack & we simply couldn't access the site. The entrance booth was staffed by the...
Read more 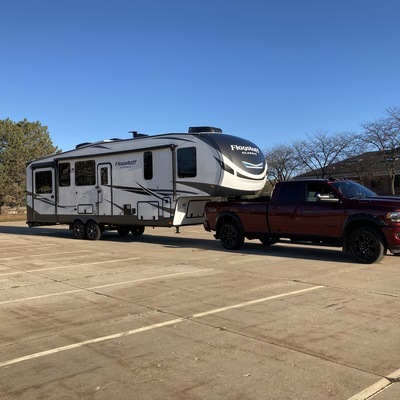 We usually stop here a couple times a year as we make the east/west transition. At $20/night for a full hookup site the price can’t be beat! If you can live with W/E only, there are sites for $15. Close to I-40 for on and off purposes, but far enough that the highway noise isn’t a bother. Sites are great and well sized. Most are pull...
Read more 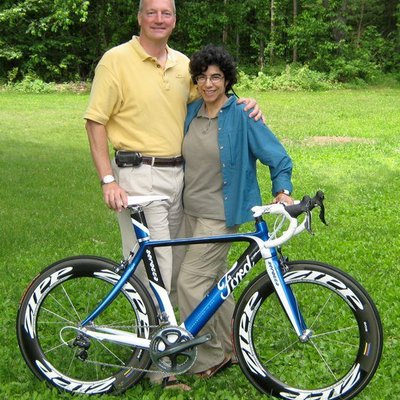 I've stayed at a handful of Cracker Barrels while traveling and have never had an issue — until earlier this week. At around 1:45 AM I heard extremely close gunshots fired. I didn't feel safe after that but I didn't want to leave my travel trailer so I stayed. I couldn't sleep the rest of the night because I felt uneasy, and there was a great...
Read more

Great place! Super accommodating. We had 2 rigs, truck & RV/truck & boat. The folks gave us 2 adjacent sites and were so helpful and understanding. I was really surprised that their service was so good. Everyone is friendly and I felt safe and comfortable.

Called ahead and directed on where to park. Got there about 11:30 pm, probably about another 10 rv's. Parking area not level, but it worked. Traffic noise, but very safe and noticed security. Would definitely recommend, better than sketchier options in area.

5 Best Places to Camp in Oklahoma

These Oklahoma campgrounds received the most 5-star reviews in 2020.