See a map of all free camping in Missouri.

Nestled in the Ozarks, and with a handful of camping sites placing RVers near attractions like the Ozark National Scenic Riverways and access to the Ozark Trail, Mark Twain National Forest holds some of the best recreation areas and dispersed camping in the state. Despite being free, many spots--like Paddy Creek Recreation Area and Pinewoods Lake Campground--provide a modicum of amenities, such as picnic tables, fire rings, and vault toilets.

In addition to these designated camping areas, the forest also has free, dispersed camping such as that you'll find at Sulphur Springs near Greenville, Missouri. Mark Twain is likely your best opportunity to find a wide array of wild camping opportunities, positioned firmly in the Midwest's most famous mountain range.

The bulk of free campsites in Missouri are found on lands managed by the Department of Fish & Wildlife. From campgrounds with designated spots, including fire rings, to wide open grassy fields down long dirt roads, over a dozen of these camping areas can be found throughout the state. As the governing agency's name implies, fishing and hunting are popular activities; however, many of them also offer access to hiking, mountain biking, and waterborne sports.

Missouri is home to nearly 40 state parks that offer camping; however, none of them provide it free of charge. Therefore, between the Department of Fish & Wildlife and a few other similar state agencies, one can find plenty of land protected by the state that doesn't require camping fees. Free camping exists within Missouri's protected areas like Robert E. Talbot Conservation Area and Whetstone Camping Area, both of which include managing game via hunting as part of their conservation efforts.

Much of the state's rivers are also protected by the Missouri Department of Natural Resources, such as found at Rochester Falls or Elam Bend Conservation Area, both found on the western side of the state.

Despite being located in the center of a city with a population of 300,000 people, you can still find a no-cost camping area only 20 minutes outside of one of the United States' newest national parks. Don't expect rustic forest living or even something officially run by the National Park Service, though. Camping near Gateway Arch National Park comes in the form of a parking lot at the River City Casino & Hotel. It may be best to call ahead first, as the exact details for who can or cannot stay overnight in the parking lot seem to change with short notice. Other parking lot camping options in St Louis include a Cracker Barrel about half an hour west of the Gateway Arch and a Walmart 45 minutes south.

Close to interstate, so a bit of highway noise. Not much light after closing. Worked just fine for us. 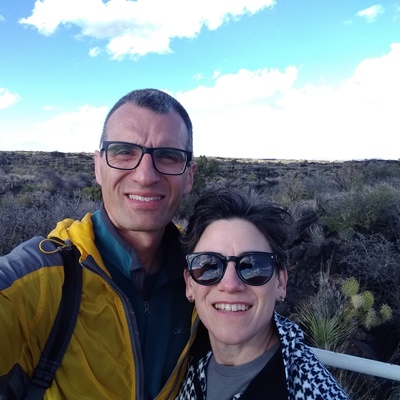 35 minutes from Gateway Arch (weekend). Nice spot to stop overnight. Noisy until about 10pm, then pretty quiet until morning. Would stay again.

We arrived at 8 pm after dinner rush. The actual RV spots behind the building are not big enough for towing a car or trailer. We parked across 3 spots since no one else was there. There are other areas in the parking lot if too long for the RV spots. We felt safe. With our windows closed and being behind the building, it was quiet enough for a...
Read More

Found this after driving back from the west and needed a break from hwy rest areas. Easy drive after exiting the interstate 70 hwy. The campsite is called ‘Post Oak Camping Area’ (circled in the map photo, at the intersection where Campendium shows this spot, make a left and go about 1/2 mile). Even gravel road after paved road ends. In...
Read More

So we get there - perfect primitive spot. So ideal. Then we get all nestled in bed early (long drive and a toddler). You hear semi trucks all night doing their brakes. Then at 10 pm we were shocked awake by boaters that I assume were frogging. Massive spotlights aimed on our tent. For 30 min. Followed by yelling. For 3 hours. It was beautiful...
Read More 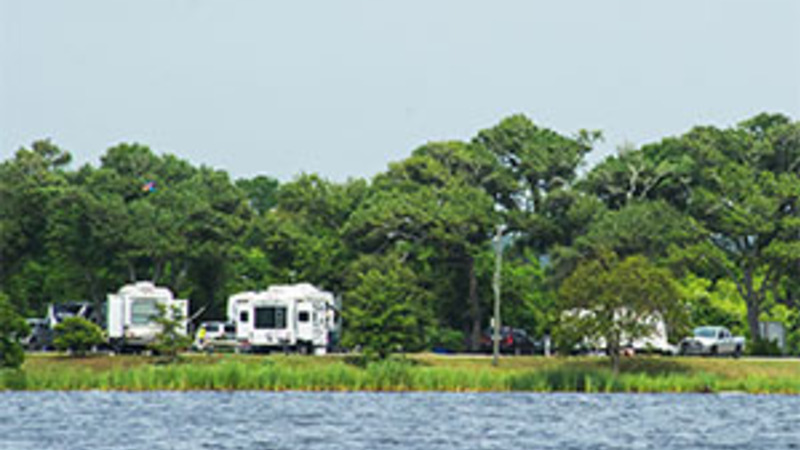