Please log in to ask a question
Ask a Question

Everyone that works here is extremely friendly and helpful. This is a must stay RV park!

This review is the opinion of a Campendium member and not of Campendium.com

“Got lucky on a drive up on Labor Day weekend!”

After we tried to get into a BLM on the Colorado River on Rt 128 and it was full, we pulled right into the first RV Park we saw and were pleasantly surprised (other than having to shell out 50 bucks!) They had a great spot as all the spots are pull-ins. Although ours was facing the highway, it was relatively quiet and we had privacy ... more

After we tried to get into a BLM on the Colorado River on Rt 128 and it was full, we pulled right into the first RV Park we saw and were pleasantly surprised (other than having to shell out 50 bucks!) They had a great spot as all the spots are pull-ins. Although ours was facing the highway, it was relatively quiet and we had privacy from any neighbors. Plus as it was an "end spot" we got a great breeze! When we arrived it was hovering around 90 degrees and we could just flipped that A/C on which was great.

Another plus is that it is about 2 miles from the entrance into Arches National Park. We arrived at about 4, had a chance to settle in, have a snack and unhitch. In fact, they have a reserved parking spot for the TV just 20 yards away. We then went up into Arches and saw an amazing sunset at 6:30, stayed in the park until 8:15 and got home in 10 minutes!!! HIghly suggest this because the park is less crowded during the evening.

Right outside the door is a small piece of pavement, some grass and very nice picnic table and a stand-up grill. There's also a little lantern on a post at each site.

We decided a quick shower was in order, so we took advantage of the showers ( I mean we paid for it, right?) Spotless! In the women's room, there were four showers, one was handicap with a chair and all were tiled up to the ceiling. There were also a few sinks and restroom stalls ( I didn't look inside those.) The rooms were also only accessible by a code.

They have a pool which was crowded only because it was holiday weekend with many families. They set aside 9-10 pm for adults only. They also have mini golf, lifesize games and a gazebo. It has been rebranded so I will send more photos (It's looks more "hip" now).

The office: it was beautiful!! First was the convenience store part. Any soft drink possible as well as beer and milk, eggs, dry goods, etc. Then there were complimentary coffees and a microwave and toys, gifts and adorable t-shirts – reasonable priced at 10-15! There was also a small reading room with a loveseat and bookshelf full of books. The immaculate laundry room and adjacent bathroom were accessible through the office as well. This building was next to the generous size pool/spa.

Cannot forget to mention the desk staff. Alicia was so welcoming , especially when we weren't sure we could get a spot anywhere in the Moab area on the holiday.

There was a tent area where every site had an additional shade structure where you could put your tent underneath!

The spaces are fairly close together but in Moab you should be out doing everything! The company even has a website with some activity suggestions and links to trails and adventures in the area! Wifi is good and complementary. There is a dump on site as well. The onsite handyman was there lickity split when our neighbor had an electric issue, too.

There are cute little cabins, which looked brand new, for “campers” without a camper! And also a rentable vintage Airstream!

We would definitely stay again!

The location is also excellent for bikers who want to access the Colorado Riverway/Goose Island paved trual as it is just across the street.. You can also ride the four easy flat miles into town.

This review is the opinion of a Campendium member and not of Campendium.com

Be the first to add a note for Moab Valley RV Resort!

Be the first to add a video for Moab Valley RV Resort!

The experience of Moab camping is among the best in the USA. The area is home to two amazing National Parks, an epic State Park and countless campgrounds. In this article we’ll share the 11 best Moa...

We absolutely loved our time in Moab. We had a tough few weeks before arriving in Moab. We had problems with the Airstream, a large project for work that was wrapping up, and a longer than usual... 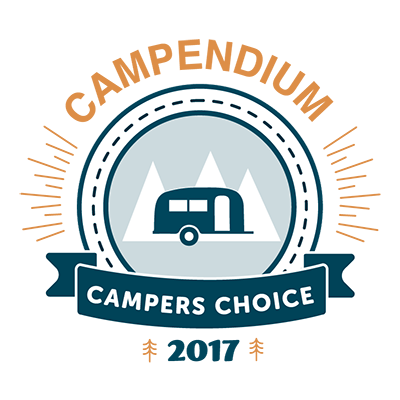 Nice little campsite close to Moab, Arches NP and so much more

Please select a reason for flagging this item:

Campendium is an Amazon associate site and earns from qualifying purchases.