While free camping in the Magnolia State isn't as abundant as what you'll find in neighboring Arkansas, there are still opportunities to find camping destinations with no price tag. From Ocean Springs on the Gulf Coast to the Little Mountain Trail in the north, many of Mississippi's most sought-out destinations provide somewhere to hang your hammock for free.

See a map of all free camping in Mississippi.

Home to six national forests, some of the best camping spots can be found in the southernmost forests. Bienville National Forest holds free, dispersed camping along forest roads, as well as a handful of state-operated free campsites courtesy of the Mississippi Department of Wildlife, Fisheries, and Parks.

Perhaps the most abundant free camping travelers will find in the state, however, comes in the form of a handful of boondocking sites scattered throughout the De Soto National Forest, which is also the closest to the coast. These locations vary greatly in what services you'll find. Take Fairley Bridge Landing and its minimal amenities, for example. You'll find a picnic table and fire ring at loosely-defined sites and even a primitive, vault toilet bathroom located at the campground as well. Moody's Landing, attached to the Black Creek National Wild and Scenic River, has even more to offer, including flushing restrooms and water available on-site (though not water hookups at your site, mind you.)

Bethel Bicycle Trailhead, on the other hand, is significantly more bare-bones, offering essentially just a wide-open clearing–which you'll share with those coming to utilize the trails themselves–and that's about it (though there is a bathroom on-site.) These are but an example of the variety of options available to those seeking free national forest camping in Mississippi.

When camping on any public land, it's vital to follow the Leave No Trace Principals, which include but are not limited to packing everything you bring in back out, camping on previously established, durable surfaces, and respecting your fellow campers. Planning ahead for any boondocking adventure is also the best way to ensure a successful trip. It's also a good idea to check with the local USFS ranger station, as some of these areas are closed to free camping at certain times of the year. Also, there is typically a 14-day stay limit at any given spot.

RV dump stations in Mississippi are located throughout the state, so you'll typically have options when it comes to safely disposing of your tanks after staying in these and other spots.

In the northern stretches of the Hospitality State, along the shores of Enid Lake, the Army Corps of Engineers holds true to the state moniker, providing three free campsites on public lands. Campers familiar with COE sites shouldn't expect the usual water and electricity hookups, but given the lack of cost, it's hard to complain. Instead, these are recreation areas where overnight camping in the parking lot is permissible.

Beyond the minimal digs when it comes to your site, waterborne activities abound, weather permitting, and typically fishing, canoeing, and motorized boats are all allowed on the lake.

The Natchez Trace is 444 miles of scenic road commemorating the infamous trail running through multiple states from the Cumberland River in Tennessee to the Mississippi River here in the Magnolia State. At least two places to find a free campsite exist in Mississippi itself. Jess Busby Campground provides free access to staying along the Natchez Trace, including picnic tables, designated sites, and even flushing toilets. Hiking trails to the top of Little Mountain begin at the campground, as well.

Further south, on the other side of Jackson, Rocky Springs Campground provides additional parkway camping in an organized but natural setting. Both of these spots also have garbage cans, and campground hosts come by to perform maintenance daily.

Beyond the natural areas previously discussed, businesses like Walmart and Cracker Barrel–relatively abundant along the busier highway corridors–often allow overnight camping in their parking lots. The Mississippi Welcome Center on US 61 and Scarlet Pearl Casino Resort, an oceanfront affair, allow for more of the same. While camping in business parking lots is often completely legitimate, it can be a good idea to check in with the business itself to get an idea of the rules. The Scarlet Pearl, for example, doesn't necessarily require you to let them know you're overnighting, but doing so will ensure you don't have to move to a different corner of the parking lot during your stay or have security knock on your door.

"beautiful and perfect place to stay "

I arrived late on a Saturday afternoon. Got a great back in site that was very level. Walked around after setting up. The campground was full but peaceful and quiet. So many people seemed to be enjoying themselves. Many traveling the Trace or the South in general. Enjoyed the walk to the church and abandoned town. Very quiet location. I would...
Read More 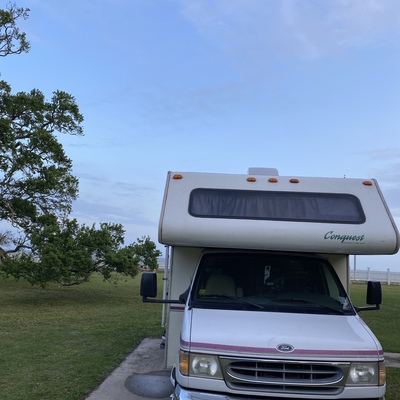 "Don’t listen to the negative reviews.."

This is a great FREE campground. I didn’t see any homeless folk around! Quite clean campground and free so don’t listen to the whining campers. 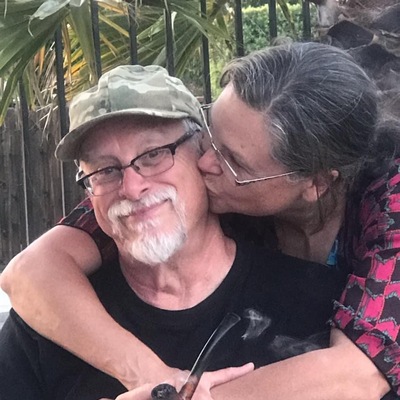 We had planned to stay at Jeff busby cg as we traveled north bound on the trace. I would say that the sights are not big rig friendly but we could have fit our 37 foot class A motor home. As others have mentioned, the sights are not terribly level but we could have made it work. Our decision not to stay was based on the number of homeless...
Read More

I followed the GPS and came to an open field. There were lots of other cars, but we parked a little ways from the outhouse. The outhouse is useable, but dirty as expected for free. It is a bit sandy here and we got sand all throughout our van! Our bad. There is one fire ring and picnic table, but sadly we didn't see this until the morning...
Read More

Stayed on a Saturday night in May. Lots of open spaces to choose from. It was clean and quiet. I had some spotty cell service during the day but none at night. I wore closed shoes but my wife wore sandals and got a dozen bug bites on each foot near the picnic tables in just a few minutes.