Illinois is full of great destinations to explore, from the Mississippi River to Lake Michigan and the bustling metropolis of Chicago. Further afield, visitors will find open plains and the Shawnee National Forest, a lush landscape dotted with historical landmarks.

So whether you're looking for Camping near Chicago or a quiet campsite in a state park, Illinois has a lot to offer guests.

See a map of all camping in Illinois.

There are more than 60 Illinois State Parks that cover everything from waterfalls to fishing and luxury cabins. The best part about camping in the Land of Lincoln is campgrounds in Illinois vary greatly depending on the region.

Starting in the northern half of the state, Rock Cut State Park has miles of trails and is a popular hunting destination. The park is named for the rocky terrain found in the region.

Illinois Beach State Park sits on Lake Michigan with beach access and is only a short distance north of Chicago.

When it comes to federal land, history is king in Illinois.

The Pullman National Monument in Chicago is focused on the Pullman company, known for building train cars during the Westward Expansion in the late 1800s. The site was later home to a massive riot which led to important changes for U.S. workers.

Nearby campsites provide easy access to other parts of Chicago and include two county parks, Camp Sullivan and Camp Bullfrog Lake.

Another well-known historic site is the Lincoln Home National Historic Site in the state's capital of Springfield. There are a few nearby campgrounds that can provide easy access to the original home of Abraham Lincoln, including Illinois State Fair Campground and the Springfield KOA.

Unlike some nearby states, there isn't a lot of free camping in Illinois. Most visitors will have to stick to businesses that allow overnight parking. Other options include highway rest stops like Rend Lake Rest Area found not far from the Missouri and Kentucky state lines.

Located in southern Illinois, Shawnee National Forest Camping is carved by the flowing water from the Mississippi and Ohio Rivers. For hiking fans, the River to River Trail is a 160-mile path connecting the two rivers through the forest. The area is also known for scenic drives for those who prefer to stay in the car.

Redbud Campground and Shawnee Forest Campground are both located within the National Forest and are great for tent camping or RVers. Another option is the private Tall Tree Lake Campground which has waterfront campsites.

There are many Illinois RV Parks to choose from in the state, including some that offer camping near Chicago.

Campers can get a free hotel breakfast at the Hollywood Casino Hotel and Resort and have easy access to the casino. Also just over the Indiana state line is Emerald Trails Campground, which is located near a lake.

Outside St. Louis, MO, there are many RV campsites, including Cahokia RV Parque, which is a short drive from downtown St. Louis. Further, into the state of Illinois, you'll find RV and tent sites at Boulder Recreation Area that also have great lake views.

Almost no one here, but we really liked it. Only part of the park is open for winter. Alan, the person at the park office, is super great.

"Clean, Easy To Get In With A Rv And Trailer. Highway Was Close And Noisy."

Great overnight stay for Rvers. The parking places were right in front when you entered the parking lot. Level blacktop parking lot. Rv spots are every other spot sharing with buses. We were the only unit there. We felt safe. There is a little bit of road noise from the interstate. Staff was very pleasant, food was delicious. Would stay...
Read More

"Nice Park In Town Easy To Get To"

Very nice state park right on the Ohio River. Big level sites, nice restrooms and showers for a state park. Stayed there 1 night. Lots of open space so my dog had fun. A little hiking trail and frisbee golf. Very quiet and no crowds in Nov

This was our first campground stay outside of our home state of NJ. We arrived on a Monday evening and the office was already closed. We were able to quickly contact staff to get ourselves setup in our site. The site itself had a slight downslope toward the rear but easy enough for our coach to level. All utilities were located at the drivers...
Read More 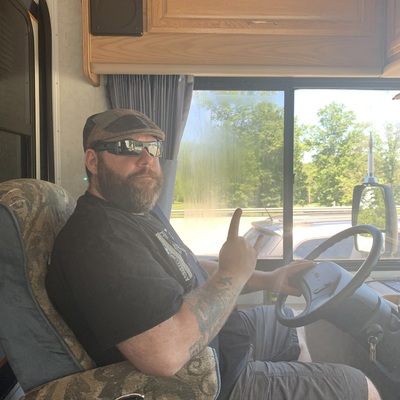 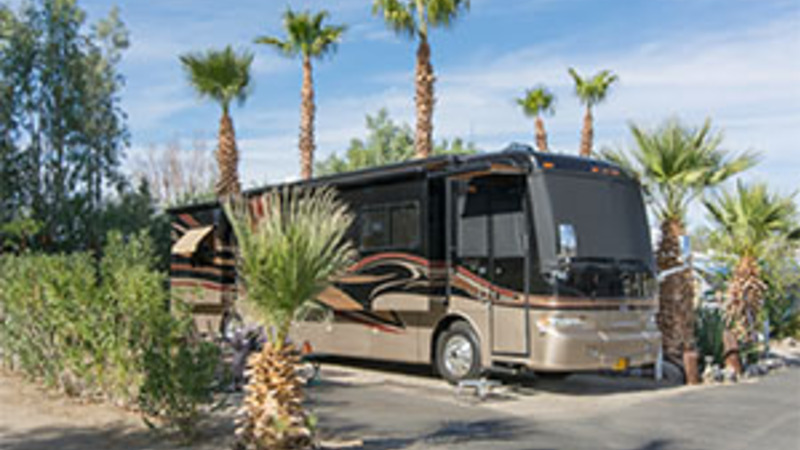 The Best RV Resort in Each State

Full-hookups, paved sites, swimming pools and gyms are some of the amenities you might find at an RV Resort. See the top resorts in each state.