The wilderness to be found in Canada is outstanding. If you enjoy getting lost in fairy tale forests and sleeping so far beneath the stars that you forget what planet you're on, this is the country for you! British Columbia then amplifies this all again, with West Coast terrain bathed in lush, cushiony forests and mountain roads overgrown with free places to camp.

See a map of all free camping in British Columbia.

Similar to a state park in the United States, a provincial park is one run not by Canada's federal government, but by the individual provinces. The key difference here is that some of these slightly more local parks in Canada are so massive and wild that they rival the best the US' national parks have to offer.

Not to mention the likelihood of finding free campsites grows exponentially as well. Some of these places are referred to officially as a recreation site, and are actually well-maintained campgrounds, equipped with amenities like a boat launch, restrooms, picnic tables and fire rings. These types of camping experiences will be found most often immediately within the parks, such as those found at Atlin Provincial Park.

Others are more bare-bones, offering little more than a gorgeously wide spot along a dirt road, such as you'll find at the BC-37 Stikine Region Pullout. These latter varieties are often referred to as Crown Land, meaning this property is owned by the province and open for anyone to use for activities like fishing, tent camping, and hiking.

In fact, British Columbia, Canada is home to 644 provincial parks alone. More than enough to keep even the most dedicated campers exploring its endless forest for years to come!

Driving the Trans-Canada Highway alone, from Vancouver to Yoho National Park in the East, will afford you dozens of opportunities to find this type of free, and often dispersed, camping. As always, be a great camper and respect the land, your fellow outdoors-people, and governments that make this all possible by following Leave No Trace Principles.

Near Frasier Lake, just about in the middle of the province, free camping can be had at two city parks.

White Swan Park Campground, located in Fraser Lake, BC, allows up to a two-night stay at no cost and even provides restrooms from May through September. This is still dry camping, mind you, but amazing views of the lake and extras like a playground and boat access make it an absolute favorite for those looking for an easy place to camp in a beautiful location.

Nearby, Burns Lake Village Campground offers a similar experience, though isn't quite as beloved by those careening along the highways in search of free camping in Canada.

Near the city of Nanaimo, a county park by the name of Spruston Staging Area provides additional options.

More Free Camping in BC

Though it would be nearly impossible to stay even one night in all of the many provincial places that BC offers, there are some other particularly interesting–and still free–places to camp in the region.

Dease Lake Gravel Pit is an easy roadside stop. Prophet Airstrip is a former official campground now open to public use. These and more free-to-stay sites exist across British Columbia.

From Vancouver Island to all points further north, Prince George to the Washington border, free camping is an easy option for those willing to respect these precious camping spots and make sure they remain open for generations of campers to come!

"Great Place For The Night!"

Agree With All The Comments. This is A Great Place To Stay For The Night Anytime After 6 Pm Until 8 Am. Lots Of Amenities Near By As Well! Big rig friendly. Lots of parking area and space.

"Great Place To Spend A Night"

Had a good stay here. Only stayed here one night. You’ll follow a road into the campsite and turn right at the sign. I got here kinda late and there was only one other person there. They had picnic tables and it was a quiet, safe campsite. The lake is also beautiful. I would stay here again!

"Only for small RVs or tents"

Don't drive an RV down here without scouting first. There are 3 waterfront campsites for tents . A popular day use parking area large enough for 5 vehicles (tent campers must park here too) plus one campsite big enough for a small RV or car camper. Beautiful spot but not really enough room for anyone that can't fit in a standard sized...
Read More 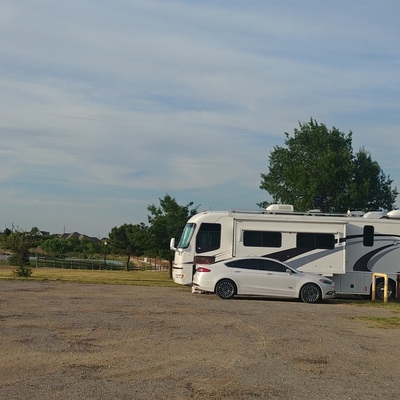 "Awesome site with lots of room"

We stayed two nights here and it was beautiful! We loved our view of the lake (although I definitely wouldn’t say it’s a swimming lake at all if that’s what you are looking for). Stalls for all different size units although the path in definitely was narrow and had some rough patches but we got our old 25’ motorhome there. A couple sites have a...
Read More

Located just a short distance off Hwy 1, this is a gem of a location for boondocking with approximately 25 established camp sites; 8 to 10 of which are located directly on the Waitabit Creek. Coming in from Hwy 1, I nearly turned around my 24k lb RV when I approached a 1-Lane wooden bridge (no guardrails as I recall) with what looked like a...
Read More 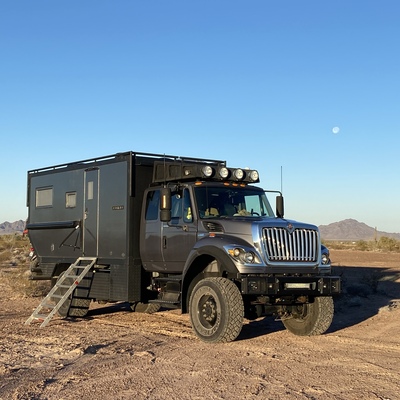 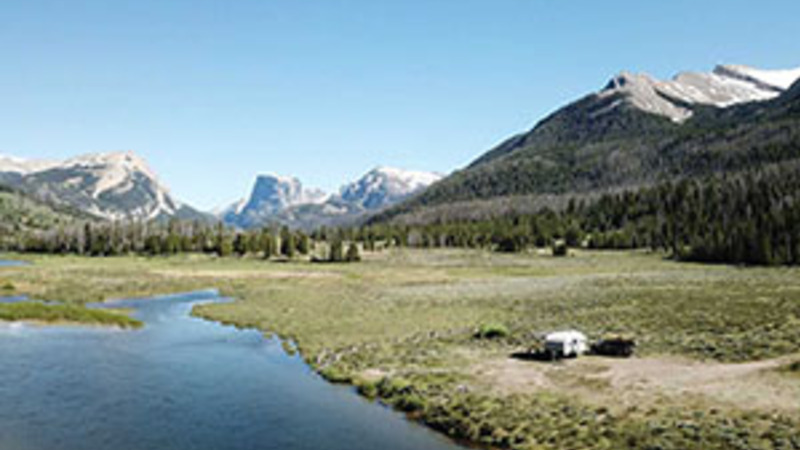 Check out our list of must-have items that you won’t want to forget.